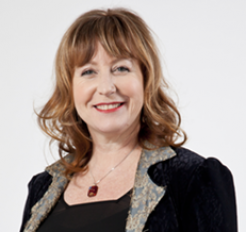 In November 2008, Clare was elected as the Labour Member of Parliament for Dunedin South. She is the second female Labour MP in Dunedin and the first for the seat of Dunedin South.

Starting off as a journalist in New Zealand, Clare spent 14 years in Australian working alongside and within the union movement on social issues campaigns. Before becoming an MP, Clare ran her own communications business based in Dunedin.

She took her campaigning experience into parliament and has run multiple campaigns in Dunedin; to try to save the Hillside workshops, to protect South Dunedin, to stop quarrying at Saddle Hill, to draw attention to cold, damp housing in the south, to sack Compass as the provider of hospital food, working with Dunedin North colleague David Clark to save Invermay as a centre for agricultural research and to bring forward the re-build of Dunedin Hospital and protect our medical school.

She has advocated for digital equality and the ability of people, no matter what their background or geographical location to be able to afford to connect to the internet and receive a quality service.

She has worked to highlight the neglect which is holding back regional development, particularly in the southern part of the South Island.

She takes her responsibilities as a constituent MP very seriously and believes in strong, local representation. 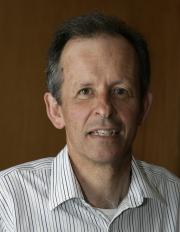 Geoff is a graduate of Otago University – Bachelor of Commerce. Studied from 1976 to 1978.

He joined Port Otago in 1988 at the time of port reform, as Financial Controller.  He was appointed Deputy Chief Executive at Port Otago in 1997, with responsibility for Operations, IT and Finance, and then appointed CEO September 2004.

His out of work interests include Mountain Biking, Golf and Tramping. He has completed 5 Kepler Challenges and 5 Epic Lake Hawea Challenges. His golf handicap is 11.

Geoff is married to Jo and they have three adult sons, two of whom are engineers (Cromwell and Christchurch) and one is in the finance sector (London). 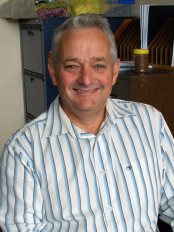 Associate Professor Mike Hilton is a geographer and a coastal geomorphologist. He graduated from the University of Auckland with a PhD in 1990 that examined beach-nearshore- inner shelf sediment flux in the Pakiri-Mangawhai embayment. He worked for 18months on the first New Zealand Coastal Policy Statement and the coastal provisions of the Resource Management Act 1991 for the Department of Conservation before a 3-year lecturing position at the National University of Singapore. He returned to New Zealand in 1995 and a position in the Department of Geography at the University of Otago where he has been since.

His research over the last two decades has been largely concerned with the geomorphology,ecology and restoration of coastal dune systems in New Zealand and Southeast Australia. He has been particularly concerned with the conversion of foredunes and transgressive dune systems following the establishment of invasive species, the restoration of these systems, and the response of modified and natural dunes to climate change forcing. Over the last few years he and his graduate students and colleagues have sought to better understand the wind-forced exchange of sand between beaches and foredunes.

Associate Professor Hilton has maintained a keen interest in the NZCPS and Resource Management Act and coastal management in New Zealand. He has served as a hearings commissioner or expert witness on several occasions, and supports several local government committees and boards. He advises and works with the Department of Conservation in a number of regions and is a keen advocate for community and scientist involvement in coastal management and decision-making.