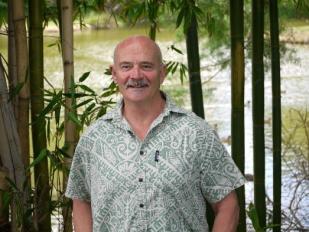 Terry is a coastal geomorphologist with wide interests in coastal science and management and a surfer from the 60’s. He is part of a project aimed at developing resources and guidelines to manage New Zealand’s surf breaks.

Surfing has been part of New Zealand culture from the time Maori surfed the waves on boards (kopapa) and bags of kelp (poha) and the Hawai'ian surfer Duke Kahanamoku demonstrated surfing to Wellington locals in 1915. Today the growing numbers of people using surf breaks has arisen from an ever-growing diversity and availability of surf boards, weather, tide and wave forecasting services via the www and mobile devices allowing users to target good surf and wet suits that allow surfing to continue throughout the winter.  This has resulted in overcrowding and conflicts between users at prime locations when the surf is “sick”. The amenity value of surf breaks also face increasing threats that range in scale from local to global and include activities in the swell corridor such as marine farming, activities close to the area surfed such as dredging of entrance bars and catchment development activities leading to runoff and water quality issues.  These issues have brought with them increasing challenges for councils and water safety bodies who manage the water space.

Terry will share learnings from a 3-year-long MBIE funded project aimed at building a knowledge base and developing management guidelines for New Zealand’s nationally and regionally significant surf breaks. These resources will underpin and enable informed decision-making by council staff, resource users/applicants and stakeholders about activities in coastal areas that may affect the functionality and amenity value of surf breaks and give effect to policies in the New Zealand Coastal Policy Statement (2010). 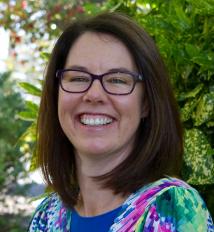 Nicola Litchfield is a senior scientist at GNS Science specialising in tectonic geomorphology and earthquake geology. Research interests include the landscape record of earthquakes (active faults, marine and fluvial terraces), and the landscape response to earthquakes and climate change.  Nicola has worked extensively in the eastern North Island to understand tectonics of the Hikurangi Subduction Margin and hence earthquake hazard to coastal communities. Her recent work has focused on high resolution records of marine terraces uplifted in past earthquakes to determine whether the earthquakes occurred on nearshore active faults or the plate boundary at depth. She also coordinated the earthquake geology response to the 2016 Kaikoura Earthquake and led a publication with 48 co-authors on the surface fault ruptures. 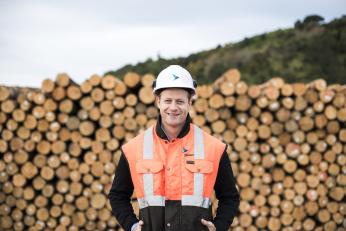 Tairāwhiti born and bred Martin Bayley grew up in the rugged hills of Matawai. After earning a science degree followed by a Master of Engineering. He started his career in farming and forestry before moving into infrastructure. Martin has been with Eastland Port and its parent company Eastland Group since 2009. He became ports infrastructure manager in 2011. During this time Eastland Port’s exports have grown from 700,000 tonnes a year to over 3m tonnes - all within the same footprint.

Operating a space-constrained break bulk port with growing volumes of export goods in the heart of a city creates unique challenges! Eastland Port has met these while continuing to create an efficient and improving operating environment. The port is now recognised as an industry leader and environmental innovator.

Martin’s presentation looks at the Tūranganui River and its fascinating extensive maritime history. Used as a safe harbour by iwi prior to European settlement it has evolved with the times and trade to its present adaptation. Today, Eastland Port primarily exports softwood logs from the burgeoning forestry industry. The port is an essential link to international markets for Tairāwhiti produce.

Currently however, only one log ship can berth and be loaded at any given time at Eastland Port. The port plans to increase its export capacity by developing infrastructure to accommodate two 200m long handymax vessels at once. Known as the Twin Berth Planned Development this will enable the region’s port to meet the forecast growth in forestry and explore other trades.